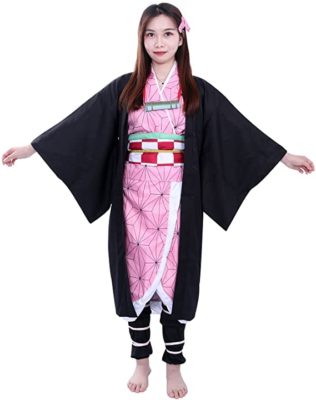 The main costume used by cosplayers to dress up as Nezuko is the one she wears most of the time in the series. A pink kimono with a geometric star pattern and lining in a lighter pink tone. The obi is a red and white checkered design with an orange rope tied in the center and a green fabric attached right above the obi around her upper body. She also wears a black haori that falls to her lower shins and is the same length as the kimono. Blackleg coverings are wrapped around her shins and held in place with pale pink string. Clothing, shoes, and wigs are all sold separately at many stores. 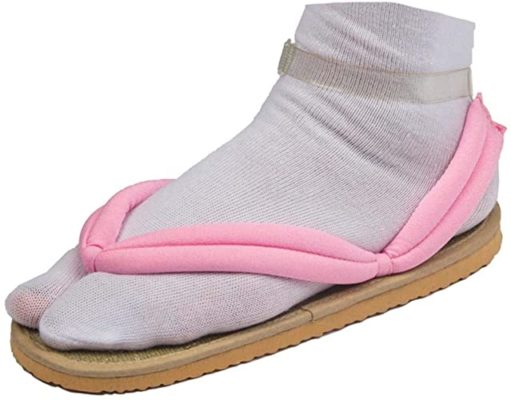 Geta or zori are the brands of shoes. These are both Japanese sandals, but these are zori, and they have a flat bottom and are constructed of rice straw or lacquered wood. These are typically worn with a kimono for formal occasions. The geta is a sandal with a high wooden clog with teeth that can be worn with a kimono or a yukata in the summer. Nezuko is depicted in the series wearing zori made of rice straw, although many cosplayers wear geta instead. The geta are made of wood and are usually a light brown color with pink straps. 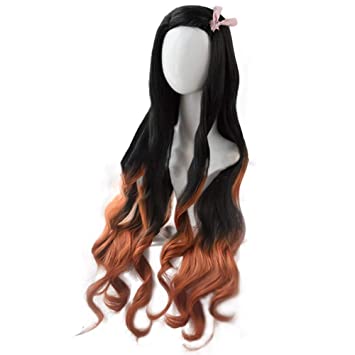 The wigs for the Nezuko cosplay are all very long black wigs that reach chest level, with shades of vermillion reaching even lower. The wigs include curls in the lower half of the hair, precisely like her design, and many cosplayers choose to restyle the wig themselves, adjusting the curls and adding a pink ribbon to finish the effect. 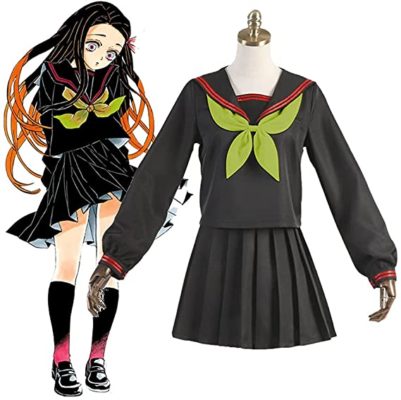 Many cosplayers also dress up as Nezuko in a school uniform, as seen in the omake Kimetsu Gakuen, a spin-off of Kimetsu no Yaiba (Demon Slayer) that tells the story of what would happen if the protagonists were just students and/or instructors attending to school in a parallel reality. Nezuko is seen in a sailor outfit in this omake. The outfit is predominantly black, with a black pleated skirt that falls just below the knee. The black shirt has a huge lime green ribbon and red lines around the edges. The black socks are likewise below the knee length. The shoes are the typical black school shoes worn by many real Japanese kids. 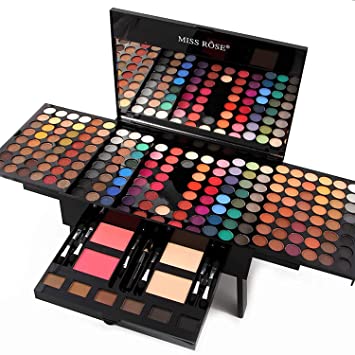 Without the finishing touches of cosmetics, a Nezuko cosplay is incomplete. Pink eye contact lenses are required for this cosplay if the cosplayers want to dress up as Nezuko’s Demon form. Contact lenses with a pink iris and a vertical slit are required if the cosplayers opt to dress up as her Demon form. Although she is not depicted wearing makeup, many female cosplayers follow the pink theme and add pink eyeliner and artificial eyelashes to make their eyes appear larger for an anime-like appearance. To further resemble Nezuko, many cosplayers conceal their own brows and draw on thin black brows. 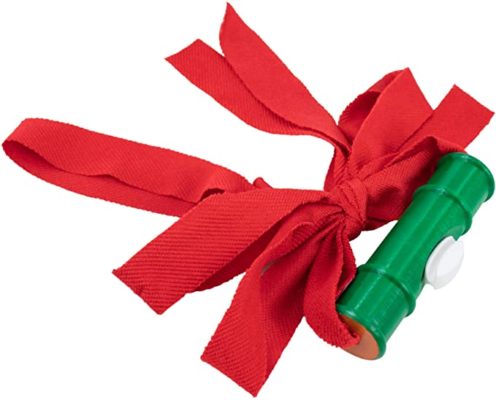 As depicted in the manga when Nezuko gets serious and fights with her Demon form, many cosplayers draw veins mainly emerging from their forehead and eyes but also all over her body for special effects makeup. To complete the Demon look, some cosplayers draw vines on their bodies. Many people would grow a horn on their forehead to perfect Nezuko’s Demon form, exactly like Nezuko did during one of her confrontations.

Famous Cosplayers Over the Internet Famous Cosplayers Over the Internet

If the cosplayers have a YouTube account, the majority of them will provide makeup lessons to show their viewers how they transform into the character they choose. Some cosplayers also share unboxings and reviews of the Nezuko costumes they purchased online.